About Molecule of the Month 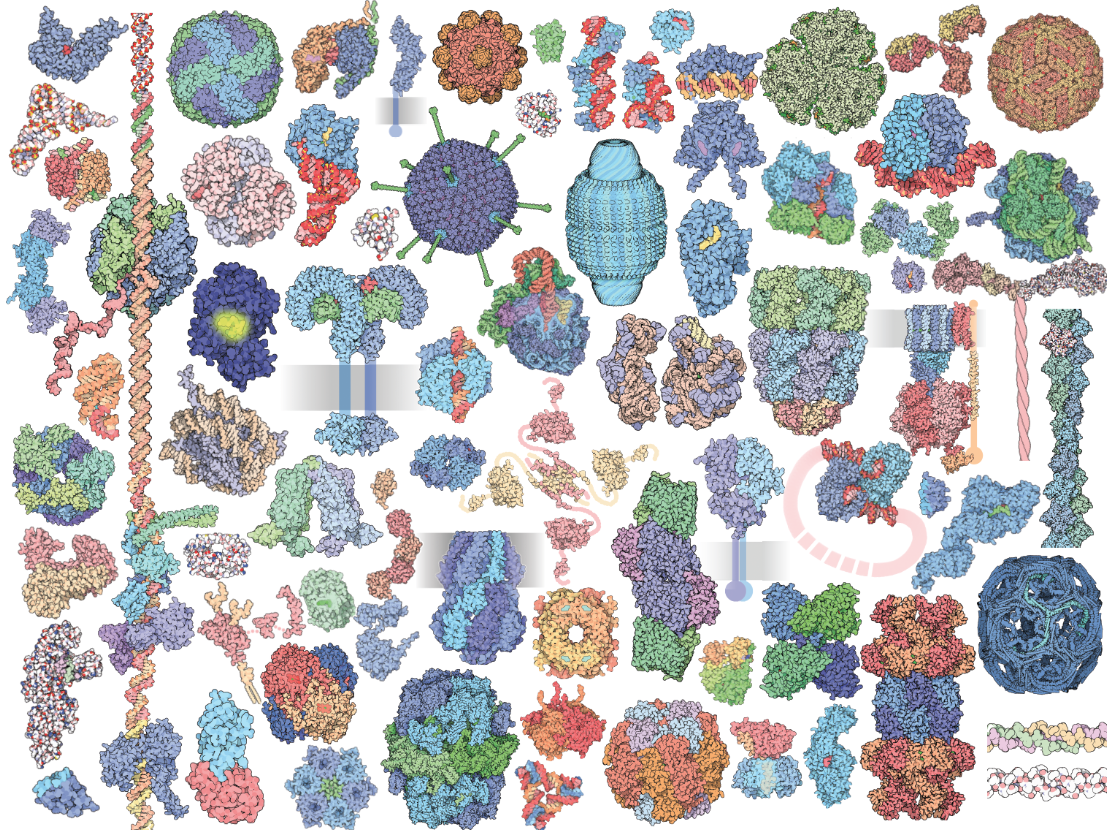 David S Goodsell was the overall winner of the 2016 Wellcome Image Awards for his painting of Ebola Virus that was created for the Molecule of the Month. He talks about his process in this video.

The RCSB PDB Molecule of the Month by David S. Goodsell (RCSB PDB-Rutgers and The Scripps Research Institute) presents short accounts on selected molecules from the Protein Data Bank. Each installment includes an introduction to the structure and function of the molecule, a discussion of the relevance of the molecule to human health and welfare, and suggestions for how visitors might view these structures and access further details.

This feature provides an easy introduction to the RCSB PDB for all types of users, but especially for teachers and students. It is used in many classrooms to introduce structures to students, and is an integral part of the protein modeling event at the Science Olympiad. It is not intended to be a comprehensive index to entries in the PDB archive, nor necessarily represent the historical record. The structures used to illustrate each installment are chosen at the discretion of the authors.

Several articles were created as part of week-long Boot Camps on Science Communication hosted by the Rutgers Institute for Quantitative Biomedicine.

Goodsell has described his process in a 2017 Education Corner article, and a 2003 RCSB PDB Newsletter interview, and other publications.

The program Illustrate is publicly available to create non-photorealistic, Molecule of the Month-style images.

Molecule of the Month is translated into Japanese by PDBj.

Images have been recognized by several awards and publications.

Subscribe to an electronic newsletter to receive alerts when new Molecule of the Month features are available.