Fetal hemoglobin allows a growing fetus to receive oxygen from their mother.

This article was written and illustrated by Candice Craig, Samantha Eng, Jenna Manzo, and Andrew Tkacenko as part of a week-long boot camp on "Science Communication in Biology and Medicine" for undergraduate and graduate students hosted by the Rutgers Institute for Quantitative Biomedicine in January 2021. 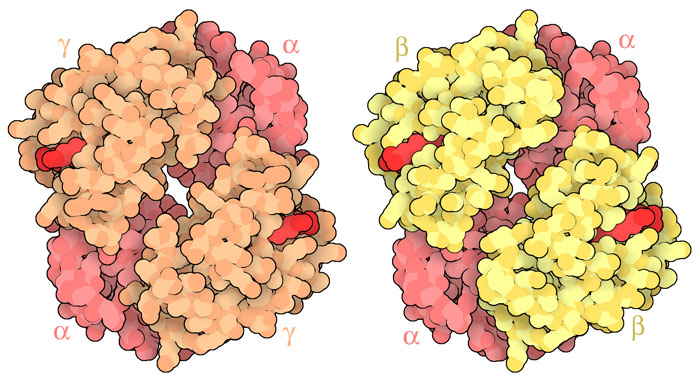 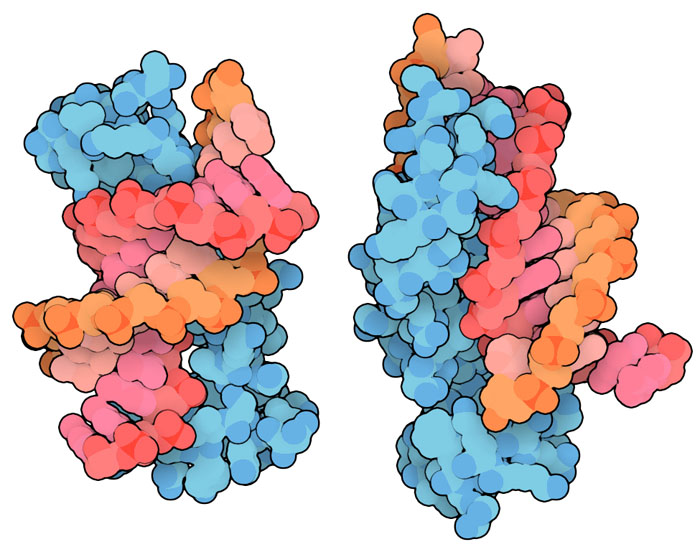 A Solution for Sickle Cell Anemia? 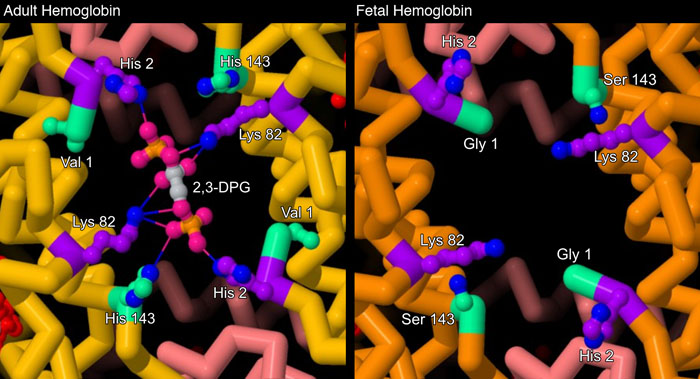 In the absence of oxygen, 2,3-BPG fits snugly in the cavity between the two beta subunits of adult hemoglobin, as seen on the left from PDB ID 1b86, forming interactions between the negatively-charged phosphates and positively-charged amino acids (colored purple). In contrast, the gamma chains of fetal hemoglobin (shown on the right from PDB ID 1fdh) contain several different amino acids (colored in mint green above) at critical locations that are necessary for interaction with 2,3-BPG. In addition, these amino acid alterations increase the distance between the positively-charged amino acids so that they are too far away to bind to 2,3-BPG. These differences allow 2,3-BPG to bind and regulate adult hemoglobin more strongly than fetal hemoglobin. In the placenta, where 2,3-BPG levels are high, fetal hemoglobin can bind oxygen more tightly than maternal hemoglobin. To explore these structures in more detail, click on the image for an interactive JSmol.

doi:10.2210/rcsb_pdb/mom_2021_5
About Molecule of the Month
The RCSB PDB Molecule of the Month by David S. Goodsell (The Scripps Research Institute and the RCSB PDB) presents short accounts on selected molecules from the Protein Data Bank. Each installment includes an introduction to the structure and function of the molecule, a discussion of the relevance of the molecule to human health and welfare, and suggestions for how visitors might view these structures and access further details. More